If you have any queries or want to come and train, please contact us:

Get social with us.

Congratulations to Frank Veselovsky who passed his 4th dan grading on 5th October at the KUGB's Special Dan Course at the University of Bath with sensei Sherry, Poynton and Brennan. Well done Frank, thoroughly deserved.

The University of Brighton is introducing changes to its car parking at all sites from Tuesday 1st October.

Sportbrighton  have made arrangements with the University to make sure that customers are still able to access their facility bookings if they are travelling by car. Details of how the new system will work are detailed at:

Please have a look at the information before using the University parking facilities.

Congratulations to Ayu Miao who passed her shodan grading on the 13th July at the Black and Brown Belt course and grading at the University of Bath with sensei Sherry and sensei Poynton. Well done Ayu! 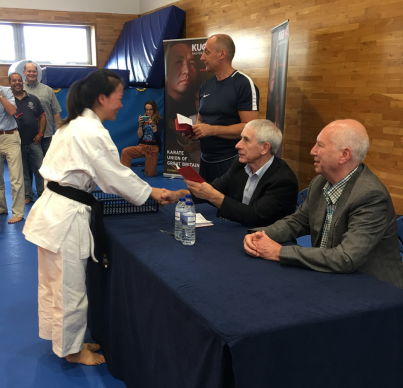 Well done to all the club members who attended the event, which this year were held at the K2 Centre in Crawley. 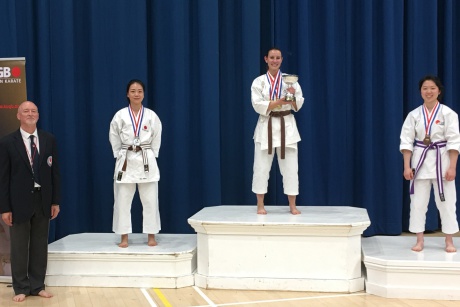 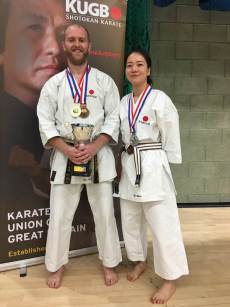 Happy New Year to all our club members!

Well done to those club members who took their kyu gradings at the Falmer course and grading on the 8th December with sensei Bob Rhodes.

Thank you to all those club members who made the trip to Reading on the 9th June to represent the club at the KUGB Southern Region Championships: 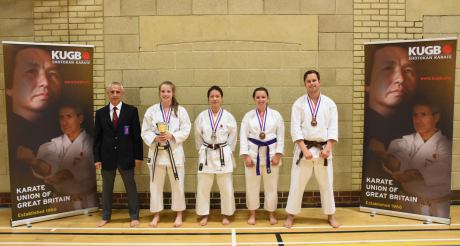 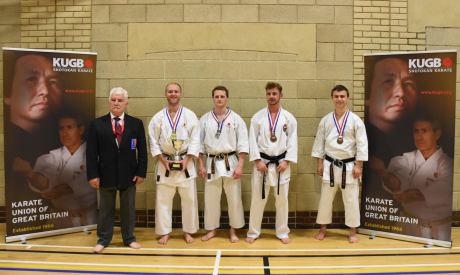 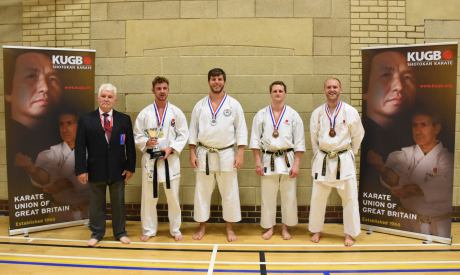 Well done to those club members who took their kyu gradings at the Falmer course and grading on the 2nd June with sensei Jim Brennan, Frank Brennan and Garry Harford. 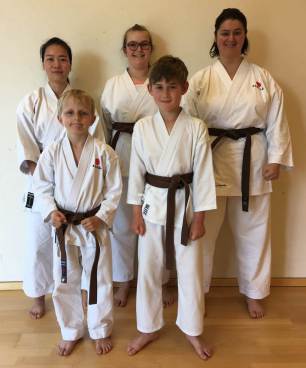 As always there was a good turn out of club members at the Spring Karate Course in Torbay. Well done to all those who trained, and especially to Ayu and Coco who both won medals in the annual kata competition at the course. 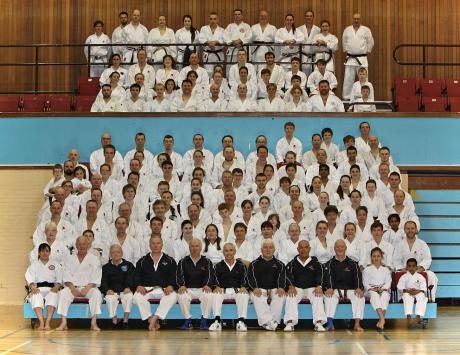 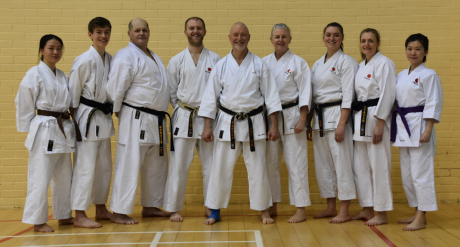 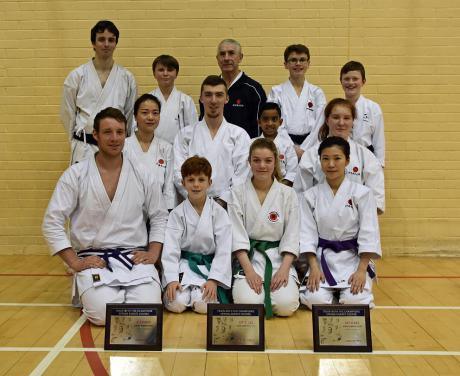 Congratulations to our club memebers who passed their kyu grading on Wednesday 14th February, examined by sensei Poynton.

We are pleased to announce that sensei Rhodes 8th dan will once again be teaching at the club in 2018. The sessions will take place on:

Well done to our club members who passed their kyu grading on Wednesday 1st November, examined by sensei Poynton.

Congratulations to Joe Birch who achieved his 5th dan on Saturday 7th October, at the Special Dan Course at the University of Bath with sensei Sherry, Poynton and Brennan. Well done Joe! 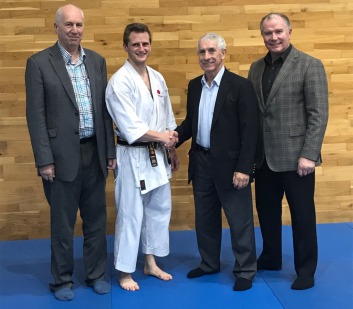 Congratulations to Sam  Birch who passed his 5th dan grading on Sunday 23rd April, at the Special Dan Course in Chesterfield. Sam was examined by sensei Sherry, Poynton and Brennan, and is the first member of the club to have gone from beginner to godan at the club. 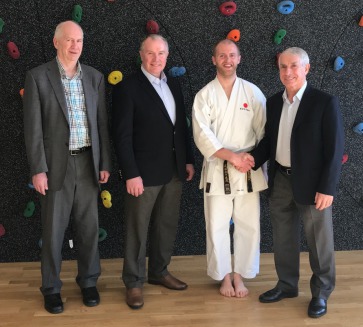 Members of the club travelled to Paigntont at the begining of April to train at the annual Spring course with the KUGB's top instructors. An excellent week's training was had by all! 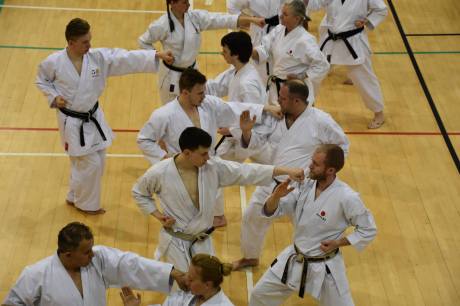 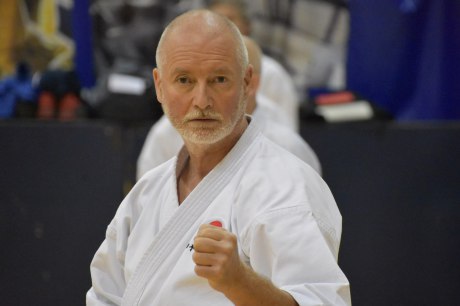 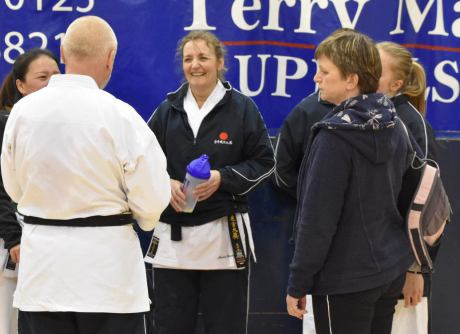 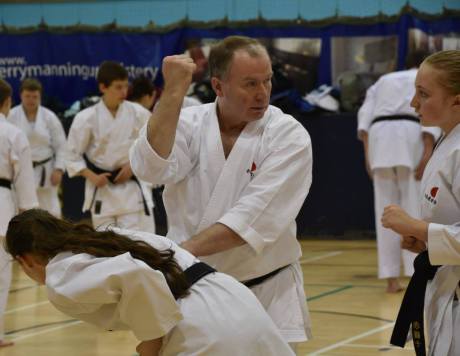 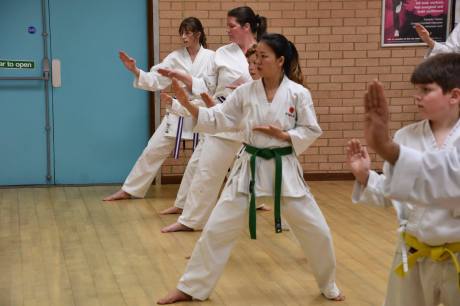 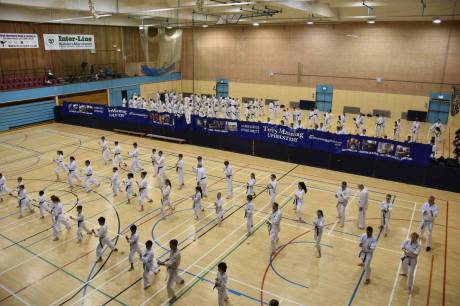 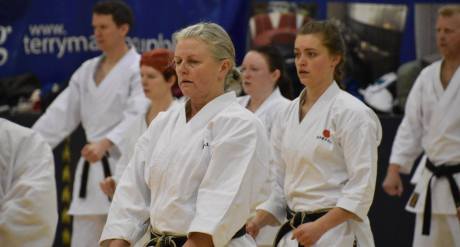 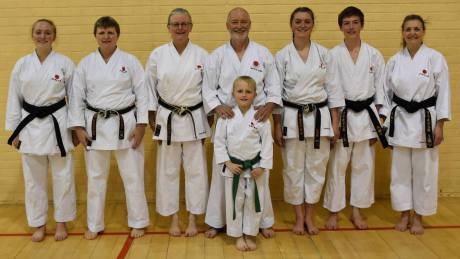 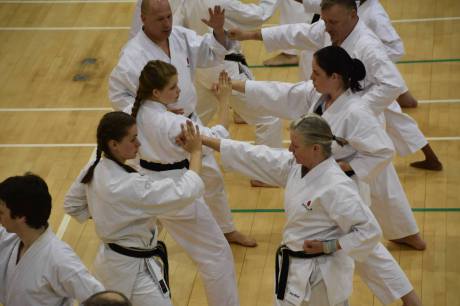 Congratulations to our club members who graded on 2nd March with sensei Poynton. Well done!